The Hybridization of Supercars

When talking about hybrids what type of car comes to mind? A fuel saving commuter car. A compact space saver? A sport utility grocery getter? What about a screaming fast supercar?! It’s true! So, how has a term that has classily been connected to boring, fuel-efficient commuters broken into top tier performance? The answer is simple, it's better for performance and the environment.

In the world of supercars, performance is king. Improving acceleration, handling, and any minor change Improving lap time is important. This is exactly what hybridization has done in the supercar community. Hybrids don’t just save on fuel: they crucially improve fundamental parts of the vehicle’s performance.

At their core hybrid vehicles use two forms of propulsion, electric and ICE (Internal Combustion Engine). This is the same idea as common hybrids but utilized differently. The idea of hybrid supercars is not about saving fuel, though they often do; there are key advantages to using ICE and electric technologies in parallel. ICE vehicles can reach and sustain high speeds for extended periods. They are often lighter as well. Electric vehicles have their own benefits such as instant torque for acceleration and lower centers of gravity for improved handling. 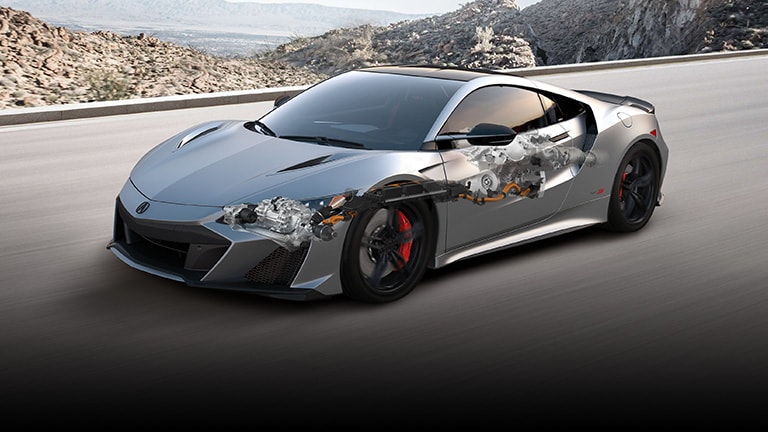 When you combine these technologies, you can take advantage of both. Using the 2022 Acura NSX Type S as an example, the effects are clear. The electric motors provide instantaneous acceleration needed for the first moments off the line, leading to a blistering 2.7-second 0-to-60 mph time. Critically these electric motors help prevent lag in acceleration. They can fill in the power gaps while an engine revs up to speed. Allowing the NSX to shave tenths of seconds off its times. While performance has benefited from hybridization, it is not the only reason for the shift.

Hybridization has been driven by more external forces than pure performance benefits. Many countries are tightening their belts in terms of emissions. Supercars have never been known for their efficiency, boasting V12 engines or even larger. It has become a factor of survival for some of these supercars to reduce their emissions, and hybridization is helping to accomplish this, these supercars to retain their monstrous engines, but in normal driving conditions they consume far less fuel.

Hybridization in the supercar sphere has been an emergence of innovation. Creating a product that remains in the pantheon of the elite, but at less expense to the environment. Utilizing the best of both worlds has not just succeeded in ensuring their survival, it has actively added to their abilities.